Thank you for considering United Stake of Cardano as a place to stake your ADA. Together we can help secure the Cardano network.

Delegating to our pool is easy, just follow the guide below to begin earning rewards. If you have any questions do not hesitate to contact us. 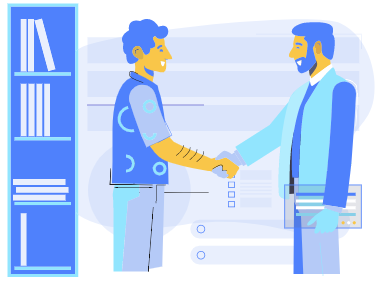 How to Get Started

Buy ADA through an Exchange
Depending on where you live you can either buy ADA directly (using a debit card or bank account) or buy BTC first and then exchange it for ADA. Below are a few recommend exchanges:
Download a Cardano Wallet (Daedalus or Yoroi

In order to have full control of your ADA and earn stake rewards, you must move your ADA off an exchange and into an ADA Wallet. Download one of the following wallets:

Create a Wallet and Transfer ADA
Once you have downloaded either Yoroi or Daedalus, transfer your ADA from the exchange to your newly created wallet. Follow the video tutorials below:
Delegate to USA01 Stake Pool

Once your ADA have been moved to a wallet, your ready to delegate to United Stakes of Cardano. Simply search for our ticker, USA01, and delegate.

Make sure the pool id is correct before delegating:

That’s It! Once you have delegated your funds, sit back and watch your ADA earn rewards.  Within 2 Epochs which is a minimum of 6 days your ADA will become actively staked… there after every 5 days you will receive rewards for staking. Join our telegram channel to have direct communication with us and to receive the latest news and updates.

Keep an eye on pool performance with the following websites and apps:

We've compiled a list of answers to common questions.

Do I need to send you ADA in order to delegate my stake?

No. We never have any access to your coins. In absolutely no circumstances should you ever send your ADA to anyone who claims to be running a staking pool. Delegating your stake to any pool does not require you to send your ADA. ADA will never leave your wallet. All delegation will occur within the Daedalus and Yorori Wallets. You are always in control of your coins.

What is Proof of Stake?

In proof of work, miners invest computing power to compete to be chosen as the leader who gets to make the next block and win a reward for doing so. By contrast, in proof of stake, the stakeholder who will form the next block is randomly selected, proportionally to the size of the stake that they have, according to the blockchain ledger.

“Proof” means having evidence that blocks of transactions are legitimate. “Stake” means the relative value held by addresses on the node. “Relative value” is all the value held by wallets on a particular node divided by total value in the system.

There have been a number of attempts by other cryptocurrencies to develop a proof of stake algorithm, although these protocols have suffered from flaws and have not been shown to be provably secure.

For a blockchain to be secure, the means of selecting a stakeholder to make a block must be truly random. An innovation of Ouroboros to produce the randomness for the leader election process is to do this by way of a secure, multiparty implementation of a coin-flipping protocol.

Will my delegated stake be locked/frozen for a certain amount of time?

No. Your ADA will not be locked or frozen for a certain time-period when delegated.  You are free to move your ADA in and out of your delegated stake and free to change which staking pools you participate in as often as you want. The act of delegation does not relinquish spending power. Only the right to participate in the protocol is delegated. Funds can be spent normally at any time.

Is there a cap on how many staking pools will be allowed to secure the network?

There is no cap. However, there is an optimal amount of staking pools that the Cardano network should have. At this moment, that optimal number is 150 pools, and will change in a controlled manner as the network grows.